Although Tokyo is an urban jungle packed with skyscrapers and cutting-edge architectures, the city boasts the most viewing spots for Sakura compared to anywhere else in the country. If you’re in Tokyo during March – April, then hanami (flower-viewing) is a must to partake in. Aside from appreciating nature, hanami is a part of the long-standing Japanese culture. The short lifespan of the blossom is a reminder that beauty and life is a fleeting thing. 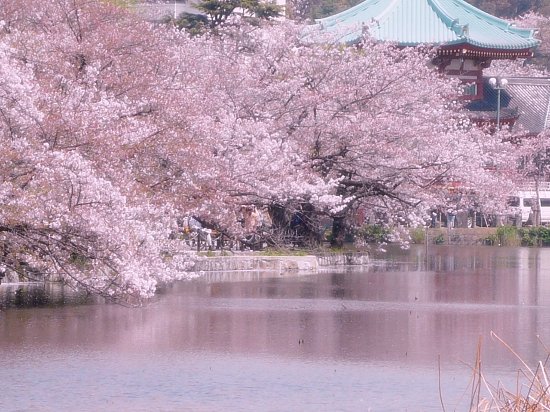 Spring is high season for all of Japan. Especially in Tokyo—the city would be filled with even more people than usual. Expect prices to rise considerably during the dates of cherry blossoms. A lot of hotels and guest houses would be fully-booked. So make sure to book your rooms well in advance.

If you’re heading to Japan in the springtime but afraid that you may not catch the blooms because of their extremely short lifespan, then worry not. You would have to redo some planning and perhaps off starting with the Northern areas, instead of, say, Tokyo. Go to areas such as Hokkaido, where the blossoms would be blooming at a later date, compared to the warmer climates. However, generally, other places with colder climates will see the blooms later. Mountains are one of the examples. Planning a hike would be quite a rewarding experience for you.

The Ueno park is undoubtedly of the most popular hanami spots in Tokyo. Expect a crowd of a wide range of people. Families, high school students, a large group of friends, couples, and more. There are parties held here so expect a very festive, if not busy, hanami-viewing scene.

Shinjuku Park is one of the largest and most-frequented parks when it comes to flower-viewing. Shinjuku is a central district so also expect a crowd in the Shinjuku Gyoen. It is one of the largest parks in Tokyo, and it boasts different species of sakura trees, and they have different blossoming time. This makes the sakura in Shinjuku Gyoen quite lasting. Grab some food and let a friend join you for a festive hanami this year.

The Yoyogi Park is located at the heart of the city, sharing a neighborhood with the famed youth district Harajuku. This park is frequented by young people and there are often numerous festivities such as concerts and various performances.

This garden is among the oldest ones in Tokyo, dating as long as the year 1629. Koishikawa Korakuen features Japanese-style garden. This style of garden influenced by Zen Buddhism as well as Shintoism. It’s an excellent place to enjoy a traditional Japanese garden style complete with the cherry blossoms.

This river is located in the Suginami ward and it borders the park of the same name. Suginami ward is one of the residential neighborhood towns in Tokyo and therefore, people here won’t be as crowded as in the metropolitan Shibuya’s Yoyogi or Shinjuku’s. The sakura trees lining the river makes it seem to have a tunnel-like appearance as if it comes straight out of an illustration.