Especially for any first time theater-goers, it’s important to note that watching a play is not quite the same as watching a movie in cinemas. Broadway is one of the all-time popular destinations because of their theater shows.

The Midtown Manhattan that house Broadway is known to be the highest level of commercial theatrical performance. However, apparently many aren’t aware of theater etiquettes. People have admitted that they were unaware of the rules of the prohibition of food and thought that it has always been allowed in the theater. 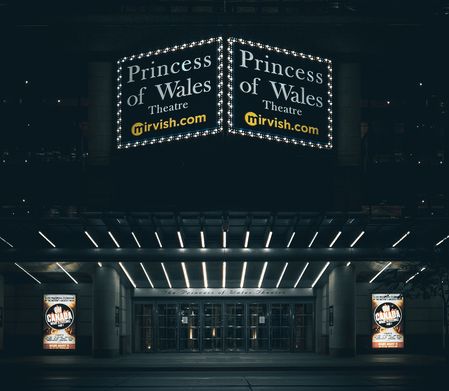 While rules have been so much more laid back today compared to the years past, it would only do you good to prepare for your play.

Be considerate with other theater-goers

Remember that you’re going to be with possibly thousands of people in the room. The seats in Broadway theaters are known to be cramped. Be tolerant with other people. Try to not inconvenience people.

Don’t wear strong-smelling perfume especially since you’re going to be surrounded by people who are going to smell your perfume for hours. Even though you did pay a lot to see the Broadway, it does not mean that you can do whatever you want.

It’s been known that people have been escorted out of the theater when they’re taking their phones. It’s considered rude to other playgoers. Remember that it is also not going to be the audience that you may inconvenience but the actors and the staffs as well.

Turn off your cell phone

This is common sense even when you’re seeing a movie in a cinema. Make sure to turn it into silent mode without any vibrations if you can help it.

Sounds like vibrations is going to feel multiplied in the silent theater hall. Don’t record or take any pictures either. It isn’t like watching your favorite band’s concert. Some people feel the need to record Broadway shows even more than a movie because of the fact that not all shows are going to be released on a DVD.

Don’t be that person. The lights from your phone is going to bother other people a lot. So make sure to be considerate to other people and don’t bother them with your phone.

Eating and drinking in theater seats

It used to be a universal fact that eating in the theater seats is forbidden. Eating poses a lot of distractions for both the fellow audience around you as well as the performing actors. However, rules have been increasingly more laid-back and theaters have been allowing patrons to eat in the theater.

The sound of a chocolate wrapper being opened can be surprisingly loud. If anything, it’s going to make you yourself uncomfortable. Watching a Broadway is not quite like watching a cinema, after all.

Options such as ice creams are apparently considered as a quieter option of the menu. They are usually really available. London’s West End Theater has long permitted consuming these options on your theater seats. To minimize noise in the theater caused by food and drinks, some theaters have imposed more cost for being able to take your snacks to the room.

Theater-goers have to pay more for a “spill-proof” cups that you are able to take inside and enjoy in your seats. At the Richard Rodgers theater, the spill-proof cup for you to enjoy your wine costs $12. But if you’re okay with just enjoying your wine in the lobby and not in your theater seats, you’d just have to pay for $7.